Located in the Maple Grove Arboretum, the Angel of Hope statue serves as a memorial and source of inspiration for people who have suffered the loss of a child. The statue is a replica of one commissioned by Mr. Richard Paul Evans, the author of a book titled The Christmas Box. In his book, Mr. Evans’ narrative described a statue that was a key element of the storyline. Millions of his books were sold.

So many people were asking where they could visit the fictional statue that Mr. Evans decided to commission and erect one in Salt Lake City, Utah. Over 25 replicas are now in place across the country and another 100 are being planned. The Angel of Hope statue serves as a community gathering point of remembrance for a memorial service held on December 6 each year.

Loucks collaborated with City Staff and the Friends of the Angel Committee to develop plans to enhance the site surrounding the statue. Elements designed within the garden include memorial pavers, benches, pergola, water feature, stone walls, and added garden space. This reflective space is located within the Maple Grove Arboretum and takes advantage of the surrounding landscape and its healing connection to nature. 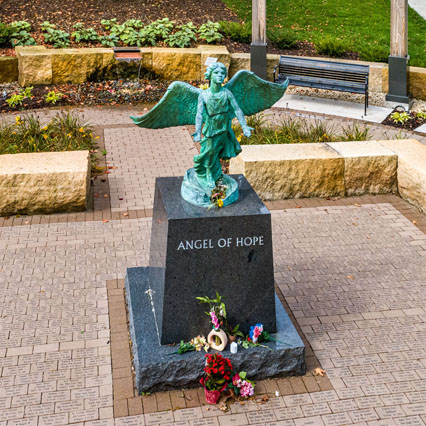 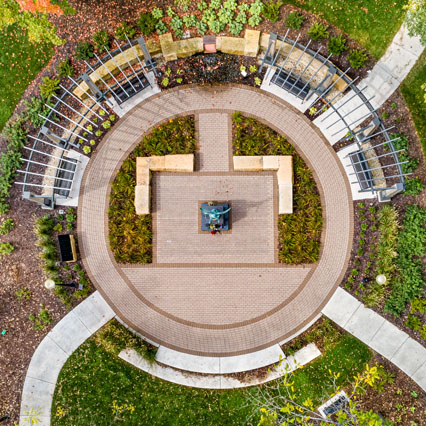 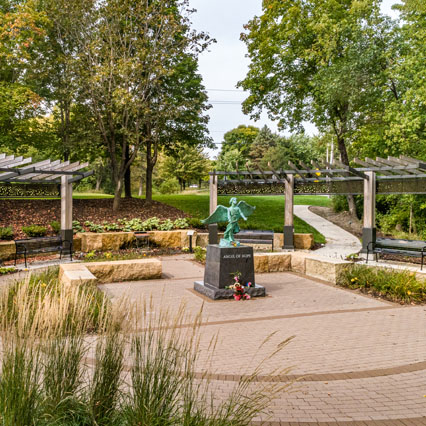